As we approach Veterans Day again this year, I remember that my own father was only a small cog in a big wheel of a huge battle. As I described in my Children’s Message just now, he played a small part in a very big war. Yet for anyone who has worked on a combat mission, sports team or factory division or office work group, you know it takes all the little pieces working together. Families know this, churches know this. It takes everyone contributing his or her small piece.

On this Veterans Day weekend, I imagine some of you are thinking of your own military service, of the men and maybe even women, who served with you. All the small and seemingly insignificant pieces you or they contributed to war and peacetime efforts together. Some of us think about family and friends who are connected intimately to us on this day; we might think of those who currently serve in Afghanistan or the Middle East, or are stationed anywhere around the globe, doing/giving their small parts of a huge effort by our nation to keep the peace, insure justice. They do their part to, yes, enable the continuance of a certain way of life that we Americans have come to expect, with all the freedoms and the privileges that this way of life entails. We might recall that there is not, at present, a draft and compulsory service in this country. A very small percentage of our country actually fights our wars for us now, smaller than any time in our history. Acknowledging of national observances like Veterans Day can get complicated! While my dad’s generation experienced a general, although not full, agreement about “who is our enemy” and the need for our countries fight in both Europe and the Pacific, we really haven’t shared that kind of consensus about going to war as a nation since then. We’ve seen debates about the Vietnam War, Desert Storm, and more recent wars/invasions of both Afghanistan and Iraq divide families and congregations. Many of us want to honor veterans and support current troops, yet few churches have ongoing programs addressing the often nightmarish needs of our most recently returned veterans. How do we acknowledge that Veterans Day is both a happy and sad day, as I described to the children? How might we to respond to the enormous needs of the current group of returning veterans, as we look ahead to Veterans Day on this Wednesday? What are we called to give?

We remember that it was 97 years ago, on the 11th hour of the 11th day of the 11th month that the armistice with Imperial Germany and the Allied nations went into effect and the killing in Europe stopped. Both my grandfathers, young men in their early 20s, served in the trenches in northern France. When I peppered my surviving Grampy with questions about life in the trenches however, he would only say with a solemn smile: “Well…the trenches of France were where I learned to drink black coffee.” Answering my puzzled look, he continued, “because we couldn’t get cream and sugar in the trenches.” And that was all he would say. I remember pondering over this small detail, really the only child-appropriate detail concerning the hellish conditions of trench warfare, and a whole new world opened up to me. Into my safe, bountiful, post WWII childhood experience of the world came a new awareness about not just wartime, but about less, having little….and learning to appreciate what you had.

Jesus of Nazareth seemed to have a preference for little, insignificant things. In his teaching stories he would talk about little lost sheep, small coins misplaced in a house, tiny mustard seeds. And today in Mark, this story of the widow dropping a minuscule gift, roughly equivalent to two pennies, in the Temple offering box. The New Testament Gospel accounts record that Jesus spent a lot of time with the little, insignificant people of his time, the lowly street people, the reviled sex workers of his day, the resented tax collectors, the repulsive folks with leprosy, and all those scrappy bothersome poor people.

We say in the Christian faith that Jesus is the visible sign of “God’s character and passion” (Marcus Borg, “Heart of Christianity,” p. 81). I would guess that God must be pretty interested in little things and insignificant people too. As I read through today’s story from Mark, I would dare say that God has a real passion for the small: God is concerned about the underdog and the weak in our society, those without title or status or education or property, the people who seem “little” to us.

We learn about God’s attention and concern as Jesus points out the widow in the temple in today’s reading. Jesus has been doing some people-watching on the outskirts of the huge Temple in Jerusalem. He notes this sharp contrast between the pompous giving of the scribes and the generosity of the woman with little money. Scribes were not Jewish priests in the temple; they were actually a rich class of educated landowners found in the urban centers, and at that time were often known for their manipulation of the poor, including powerless widows. Lest we think of ourselves as too different from the scribes, we remember that most of us probably live well or even adequately in part from our own efforts, and also in large part, for many of us, because of the accident of our birth into particular skin color, families and communities. We live well in part because others around the world live poorly. This was the case of the first century scribes. They lived well because of others’ poverty. It is difficult for me to remember, as I marvel at some inexpensive item at my local big box store, that imported cheap goods are mostly made by people in factories who are brutally underpaid. So small daily choices I make even in my shopping connects me with the rest of the world.

Jesus wants us to consider the scribes’ disregard for and even misuse of the poor. He also wants his listeners to notice the widow’s confidence, this woman with just a few coins. She boldly walks up to the Temple offering boxes and gives everything she has. She doesn’t hold back, paralyzed by thinking she is too old, too weak, or poor or insignificant to accomplish anything for God. Small things done with faithfulness, with consistency. This is the work of God’s kingdom, says Jesus.

It is important to remember in this interim time, this period between one settled pastor and your next settled pastor, that God can do much with small things. Maybe you have never pledged before to a church, or haven’t pledged your financial support here in a long time. For starters, it may help to remember that the size of a pledge is not the most important issue here. I believe it is the intention, it is the claiming of a hopefulness, a willingness to engage in the unfolding future of this congregation, even if the pledge is for only a few dollars a week. It’s the consistency in fulfilling that intention that begins to shape us through the year, as we commit ourselves to God’s work in and through this church. Some would say it’s a discipline that, when practiced regularly, helps put a lot of things into perspective for us. Our giving makes us more conscious about how we spend our money in general; we watch and are aware of each piece of spending that we do and each intention and value that this spending reflects. Small daily activities, that add up over time and shape us into who God calls us to be.

Perhaps this Veterans Day weekend, it can be the daily small acts of bravery and compassion performed by our servicemen and women that inspires us. What do we do here on the home front that furthers God’s hope for peace and justice in our world? How might this church reach out to both active-duty servicemen and women and to our local veterans? How might our church contribute to peacekeeping in our community? Perhaps we might explore how this church could provide a forum for civil, respectful and peace-filled conversation about the controversial sidewalk issue emerging in Falcon Heights! There are new small things that we have yet, with God’s guidance, to imagine.

Let us not underestimate what God is doing now, and dreaming of doing in the future, through this church. Size doesn’t seem to be an issue to our creative and transforming God. God is simply looking for partners who will side with the vulnerable, the poor, the returning veteran who is struggling, the disenfranchised in our world. Who will do these little but self-sacrificing things on their behalf, like the woman with the few coins? God is asking us to be co-creators in taking little and creating much. And how blessed we are to be invited into this partnership. Amen. 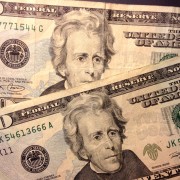 “My Kingdom is not from here”
Scroll to top